Electronic Colundi Mage Aleksi Perälä Is Coming To No Sleep Festival In Belgrade! 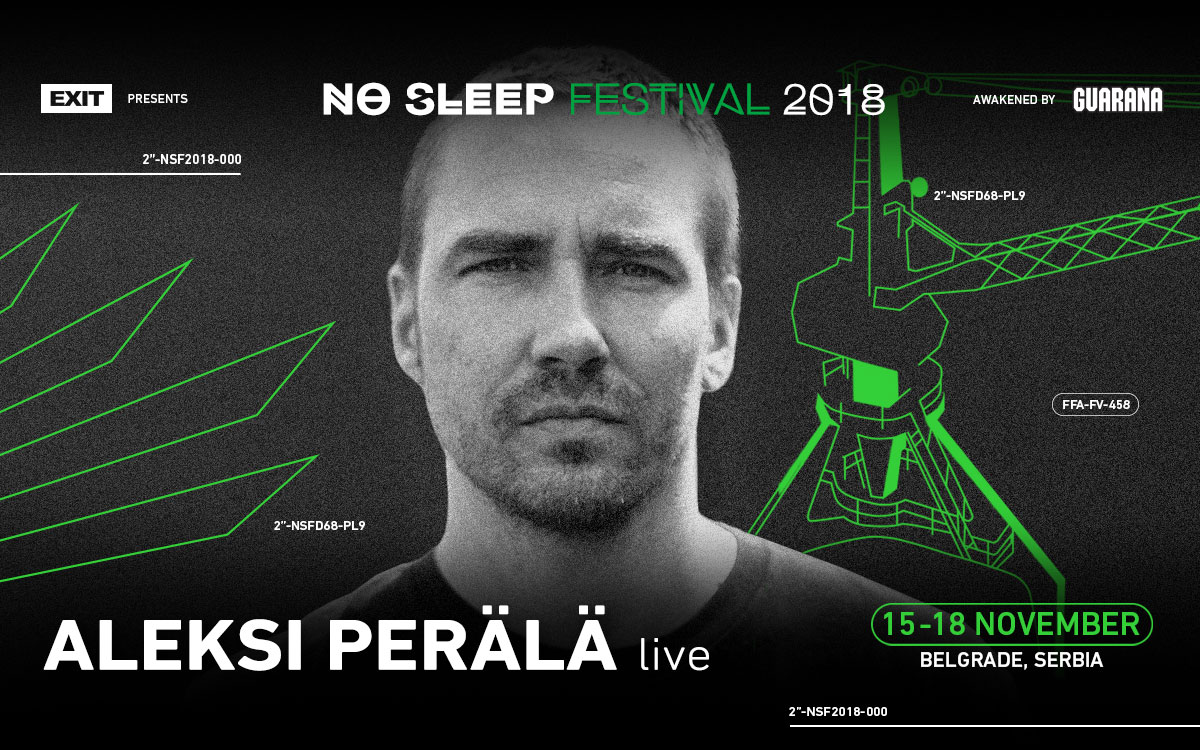 One of the most mysterious contemporary electronic artists Aleksi Perälä will perform live at No Sleep Festival held in Belgrade from November 15 to 18! In March this year, the Finnish composer with probably the greatest opus in electronic music published his new, 35th album, featuring as many as 54 new numbers! Perälä started his career two decades ago under the names Ovuca and Astrobotnia, publishing music for Aphex Twin and his legendary Rephlex label. At that time, many speculated that Richard D. James himself was hiding behind those Perälä’s pseudonyms. Even though the real author is still hiding far from the spotlight of social and classic media, over time this tireless Finnish artist living and working in the ruralside of UK came to be known as one of the most prominent contemporary composers.

His latest series of albums explores the spiritual side of techno music with a multitude of microtonal melodies defined through the mystical Colundi scale, i.e. 128 frequencies each of which relates to a specific human biological or even cosmic resonance. This scale was developed by Perälä and Grant Wilson-Claridge, former head of the Rephlex label, using a bit of Eastern mysticism and a combination of science and philosophy to replace the 12-tone scale of the Western culture which is considered by many to be outdated.

In addition to the compilations made for the Rotterdam’s Clone Basement Series, which attempted to summarize a part of this unusually rich catalog, late last year Perälä also released the album titled “Paradox” for Nina Kraviz’s label трип. Along her, his visionary music is heard more and more often in the sets of artist such as Helena Hauff, Ben UFO, Konstantin, as well as techno bangers such as Slam of Len Faki. That’s why, with his catalogue experiencing a creative peak, Aleksi Perälä recently became a must have at the carefully curated festivals such as Dekmantel, Flow, Primavera Sound, Neopop, Waking Life or MUTEK, and this year, No Sleep Festival will be joining them with his live performance.

No Sleep Festival 2018 – Step Into the Next Chapter:

The new member of the big Exit Festival family originated in the internationally renowned No Sleep music platform, supported by the popular domestic brand Guarana. During the sleepless weekend, numerous foreign and domestic artists will perform at multiple locations in Belgrade, such as the world famous Drugstore and 20/44. The central program of the No Sleep Festival will be located at the industrial scenery of the port of Belgrade and its Main Hangar at the bank of the Danube, a new spot for the biggest electronic events in Belgrade, located only 1,500 meters from the Republic Square. Aside from the central parties, No Sleep Festival will also feature daily parties as well as accompanying programs such as exhibitions, workshops and a music conference.

Thanks to the original No Sleep Novi Sad stage, which started the entire music platform, Exit festival gathers some of the most internationally famous clubs every year, such as fabric, Tresor, Sub Club, Concrete, Fuse, Arma17, Nitsa, Goa, The Bunker NY and others. In the past three years, EXIT visited New York, London, Vienna, Barcelona and Rome with its No Sleep Events, and this autumn it returns to Belgrade in a new festival format.