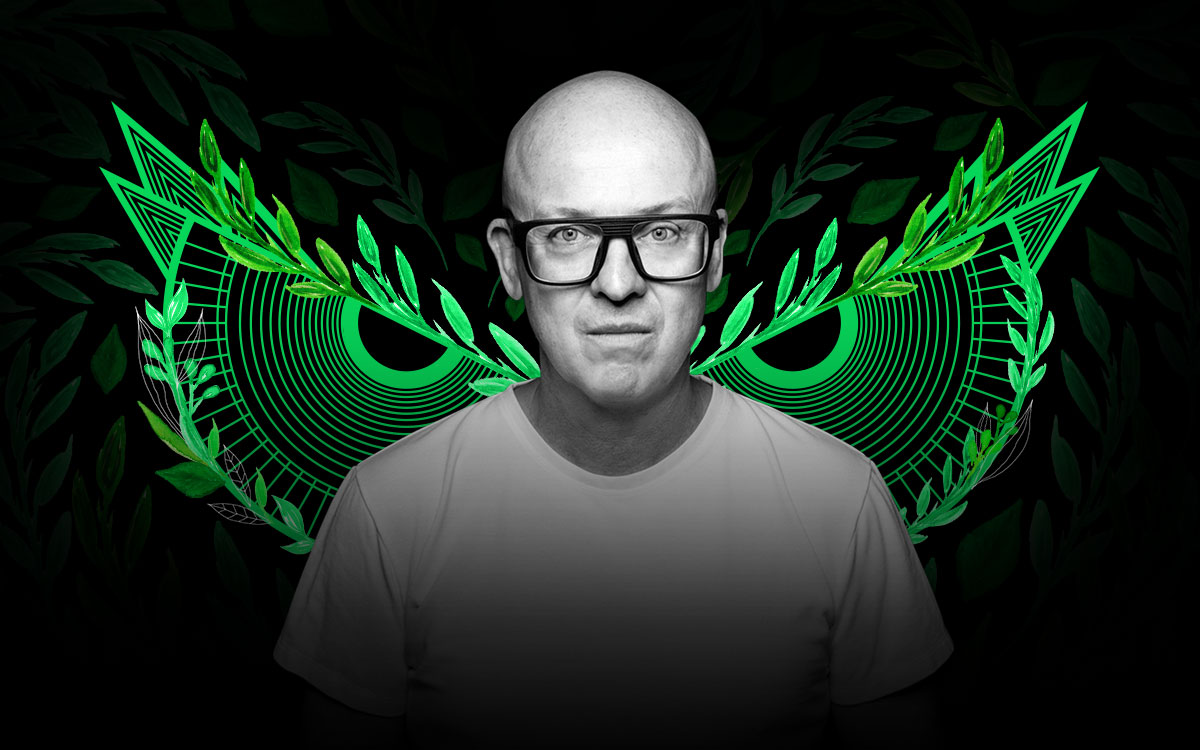 Modesty may not be the first thing that comes to mind when we think of Stephan Bodzin, but this is where we will start our story of this melodic-techno icon, a man who keeps breaking all boundaries, including those he set himself in his live performances, year after year.

When asked why he keeps growing, that is, the famous question of what inspires him to change and refine his performance, Bodzin said that he didn’t see himself as a good enough DJ and that he had to work harder when it came to making music on the stage. The authentic live act that we can hear from him is supported by the fact that he used to compose music for European theatres before he started creating electronic music.

This German DJ burst onto the scene in 2005 and changed everything. Over the years, he created a different world in his music, which was not only about a non-stop beat-driven party but something authentic, incorporating a wide range of elements, sequencers, and instruments. You don’t have to be a great connoisseur of electronic music to understand that; just press “play.” The great DJ Hell has dubbed Bodzin’s distinctive style “The Bremen Sound.”

His biography states that his collaborations with Marco Romboy, Oliver Huntemann and Thomas Schumacher on the Elektrochemie project defined the modern techno scene, as well as that he was a special guest on The Chemical Brothers’ tour. The list of those he has collaborated with, as well as those whose tracks he remixed, is so large and powerful that you could call it one of the most impressive CVs in music today. From Oliver Huntemann, through The Knife, to Depeche Mode — everyone wanted a piece of Bodzin’s magic.

His latest album “Boavista” is also magical, as well as his latest release featuring remixes of tracks that have been stuck on repeat in our streaming apps since 2021. Bodzin’s remix album includes Solomon, Roman Flugel, Anna, Reiner Zonneveld, Maceo Plex, Dubfire, Mind Against, and that’s not even half of the stars featured since the album has as many as 25 tracks. We hope you understand the kind of crème de la crème of the world electronic scene we’re dealing with here. Bodzin himself said that he was flattered that all these great performers decided to share their versions of his songs.

We can’t wait to see his performance at the No Sleep Festival on April 9th. He will show up with all his instruments, creating just the crazy tunes and beats we adore. The most important weapon in his arsenal is the MIDI controller, which he designed in 2015 while making the iconic album “Powers of Ten.” He has since constantly upgraded and adjusted this piece of kit to offer something new in each live performance. When connected to the controller, his laptop becomes an instrument radiating the best that this musician has to offer.

Of course, at the centre of it all is the famous Moog Sub37 keyboard, which Bodzin plays in his performances. For the Boavista tour, which is the reason for his arrival in Belgrade, he added two more great things — Plexiglass LED bars connected to the monitor, providing the audience with a visual spectacle, as well as the Modor DR-2 drum machine and Moog Matriarch synthesiser, different from his regular one, so he’ll be able to create a sound that is equal parts raw and smooth.

Bodzin’s creative and unique performance has been long-awaited in Belgrade. We haven’t had many opportunities to dance in clubs in the past few years, so, as we wait for Stephan to come out onto the Matrez hangar stage, we expect his No Sleep performance to bring out all the emotions built up inside us during that period.